The summer is almost over - thank goodness!! Not sure if everyone else has been suffering like we have, but it has been hot, hot, hot, in Ottawa.

It was my intention to really focus on getting the boys really proficient at contacts and weave poles but the heat really kept us inside up until about 2 weeks ago. Even now we’re only training out on the field later in the evenings. I’d like to say that the reason that we didn’t train outside in the heat was that my dogs don’t perform well in the heat – which they don’t – but the truth is I am getting old and I don’t do so well in the heat any more. This year I started getting migraines which made much of anything rather unpleasant.

I am however glad that I had decided back in May that we would not trial in June, July and August any longer – specifically because of the heat. I cannot imagine spending a day outside in the heat we’ve been having! But, to all you die-hards, I’ll admit that I was a little jealous and thought of you all often as I sat in my air conditioning as I sipped on some beer. 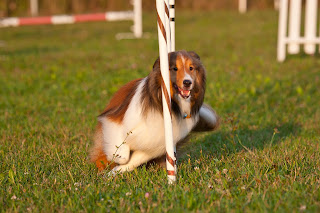 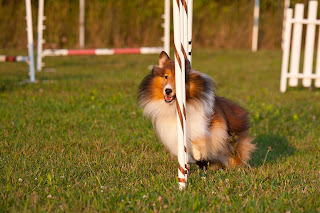 We’ve been training very hard over the past two weeks, working our way back up to the full length equipment. It’s only two weeks until our first AAC trial since we starter our summer training hiatus. Both boys have an increased value for being “on” equipment and both have a good “touch” behaviour in 2o2o. 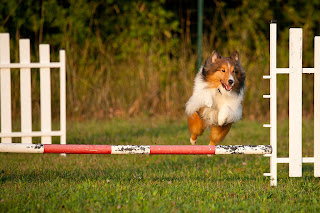 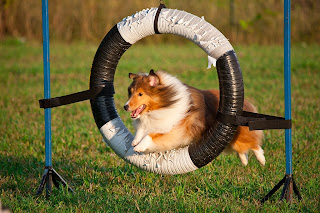 I am actually very impressed with Travis’ progress. He has a great nose touch and maintains the behaviour while I am behind, in front and when walking. We’ve yet to work up to a run….all in time. Indie was a bit of a challenge and I could never get a great nose touch with him. However, once I got him back on the equipment his nose touch improved dramatically. I am attributing it to an increase in drive – once he sees equipment he goes kinda bananas.

What Drives your Dog?


What brings out the best in your dog? What makes him (or her) run faster, turn tighter or just plan work harder?

For some dogs, it’s playing with a favourite toy or a great game of tug with their handler. For others it’s a tasty piece of food.

There is something out there that will make your dog work his hardest for you – we call this “drive”.
Neither of my dogs will work for toys – something I am passively try to change – it just isn’t a priority for me right now. Both train well with food; tricks, obedience, recalls, crate games, It’s-yer-choice games.

I’m sure that I am not alone in the fact that my dogs behave differently at a trial – they are “different” dogs. So, the challenge was how to I train with those different dogs? Simple, I combine my dogs intense love of agility with their insane jealously of each other. 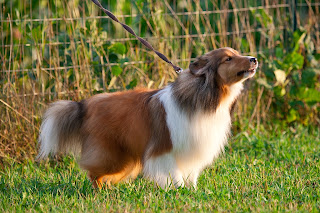 I train one dog while the other is close by. While the one is having a blast, the other is barking and spinning in circles, waiting their turn. When I switch them out the one is all wound up ready to go and the other gets a refill!