***Please forgive any spelling and gramatical errors. This post was done on my smart phone and thr app is a little buggy. Spell check is non-existent and it is hard to navigate.

First event of the day was Advanced Standard for Indie...a possible title run. I am not lying when I say that my stomach felt like it was dangling down around my feet. 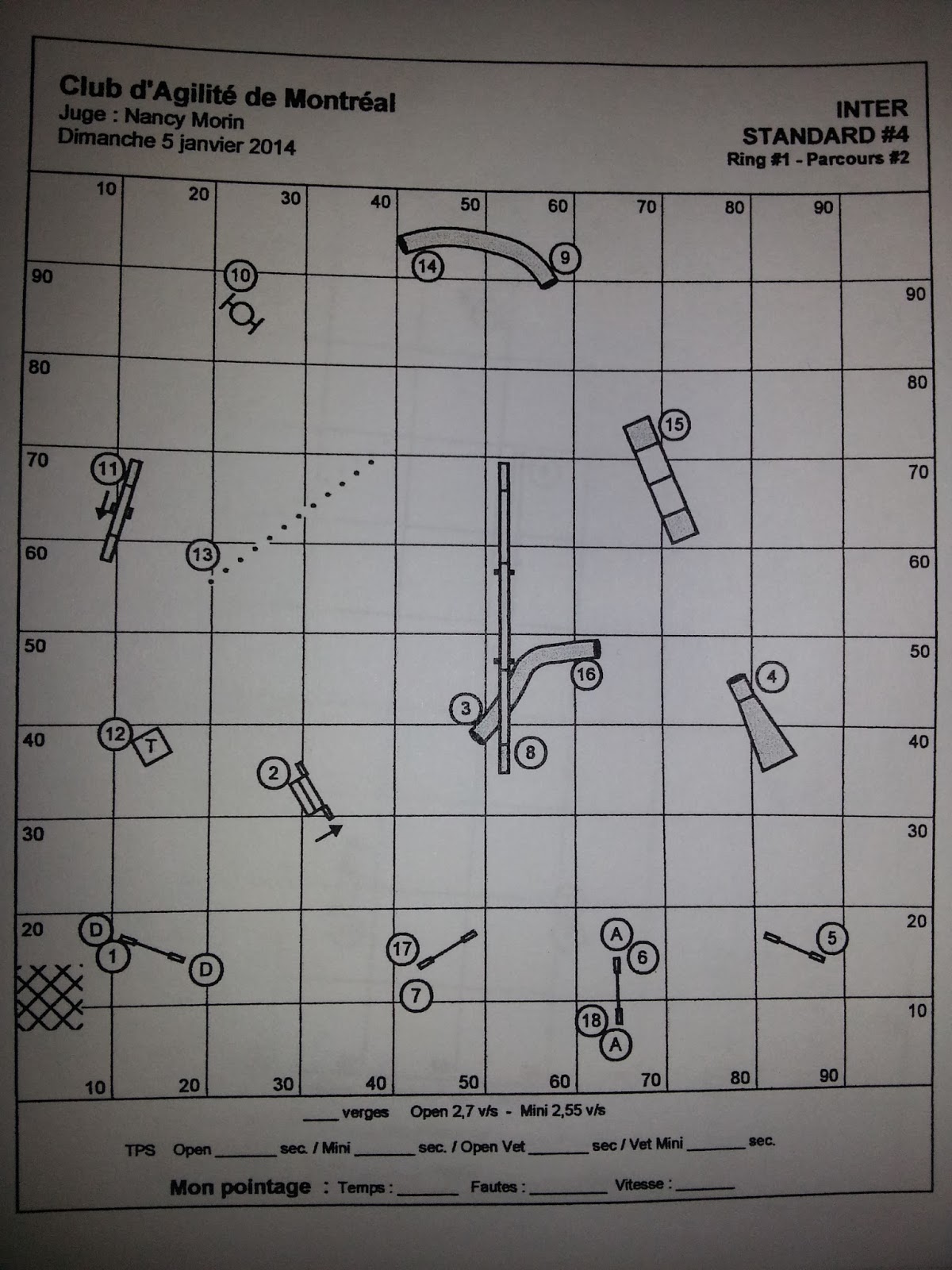 Indie ran fast and was decent with his stopped contacts but we still need work as he self released off the DW and jumped off the AF. He popped the last weave pole but I was expecting this as he had done it his in our last practice as well. I easily brought him back and completed all 12 poles successfully. We are fast and clean and finally earned that elusive last advanced standard Q to eatn his AADC title. Now he is in masters for all classes. :) 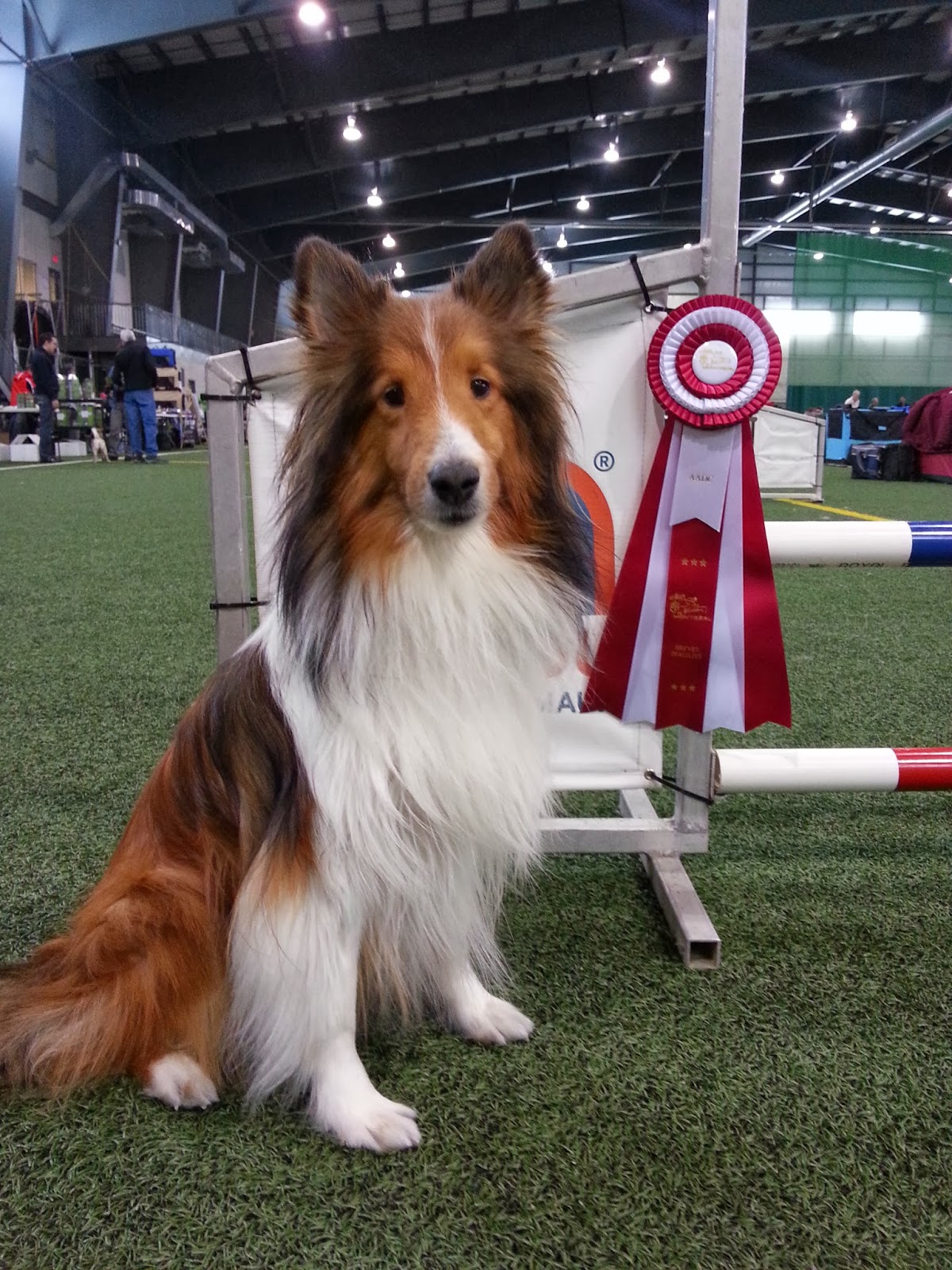 The pressure was off as our second event was another Advanced Standard for Indie. 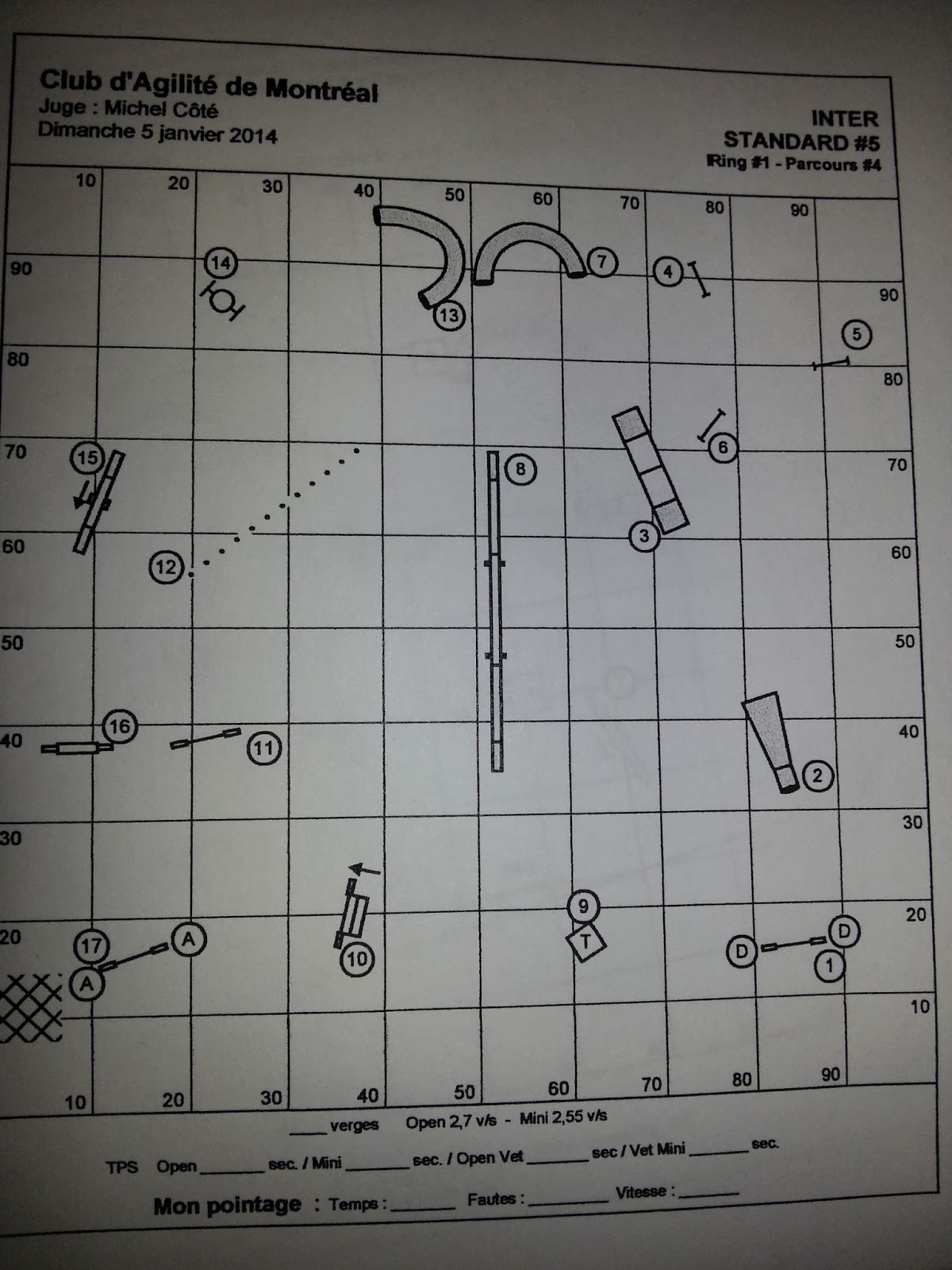 All went really well except that he again popped the last pole but this time I didn't notice. I guess it happened at the same moment I looked ahead to spot our next obstacle. He also crashed the double jump but I attribute that to the poor timing of a verbal cue. It was however a great run.

Third event of the day was Masters Snooker for both Indie and Travis. I took a chance entering Travis in this event as contacts are an unknown variable. The hope was we would get enough points in the opening without doing a contact that when we got to a contact in the closing we would have enough points to still Q. Luckily there was no DW or AF and the 7 point obstacle was the teeter. 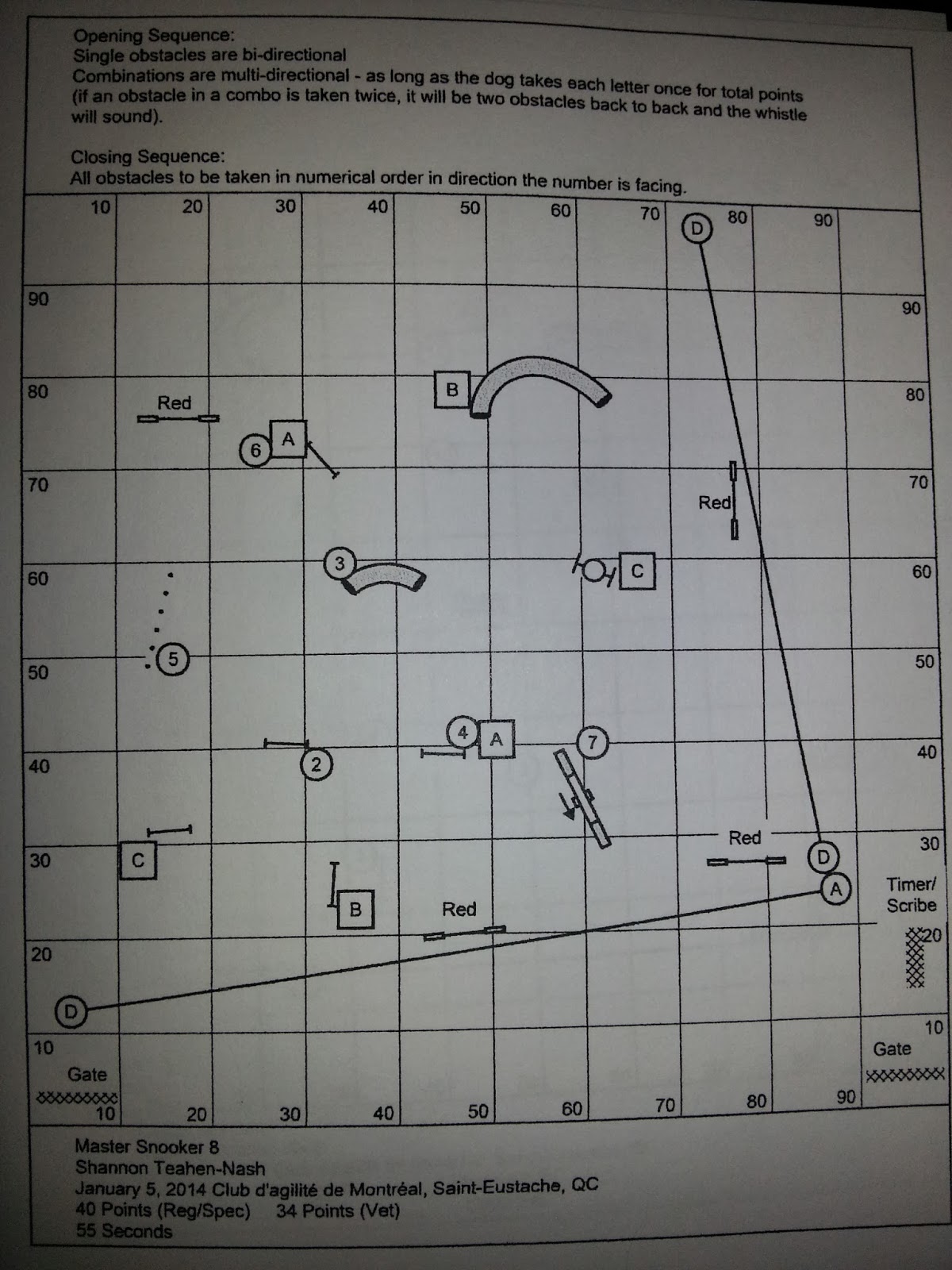 I decided to be greedy and go for 59 points to try and win the prize money - not a great idea.

Indie was up first and my plan went to crap quickly. On top of that the judge wistled us off so I started to keave thr ring. Then she was like "sorry, keep going", but by that time I was lost. I spent a few seconds trying to figure out where to start again. By the time it figured it out time was up and we were short on points.

Even though Travis is slower than Indie I decided to attept the samw 59 point snooker. Despite some poorly executed turns - I was still frazzled from my run with Indie - Travis ran really well. We completed the 7 point obstacle 4 times in the opening but unfortunately did not finish the closing. However, Travis put another masters snooker Q under his belt...or collar as it might be.

Fourth, and last event of a very long day, was Master Jumpers. This course was the toughest master jumpers that I have ever attempted. Of course I let my nerves get the best of me. 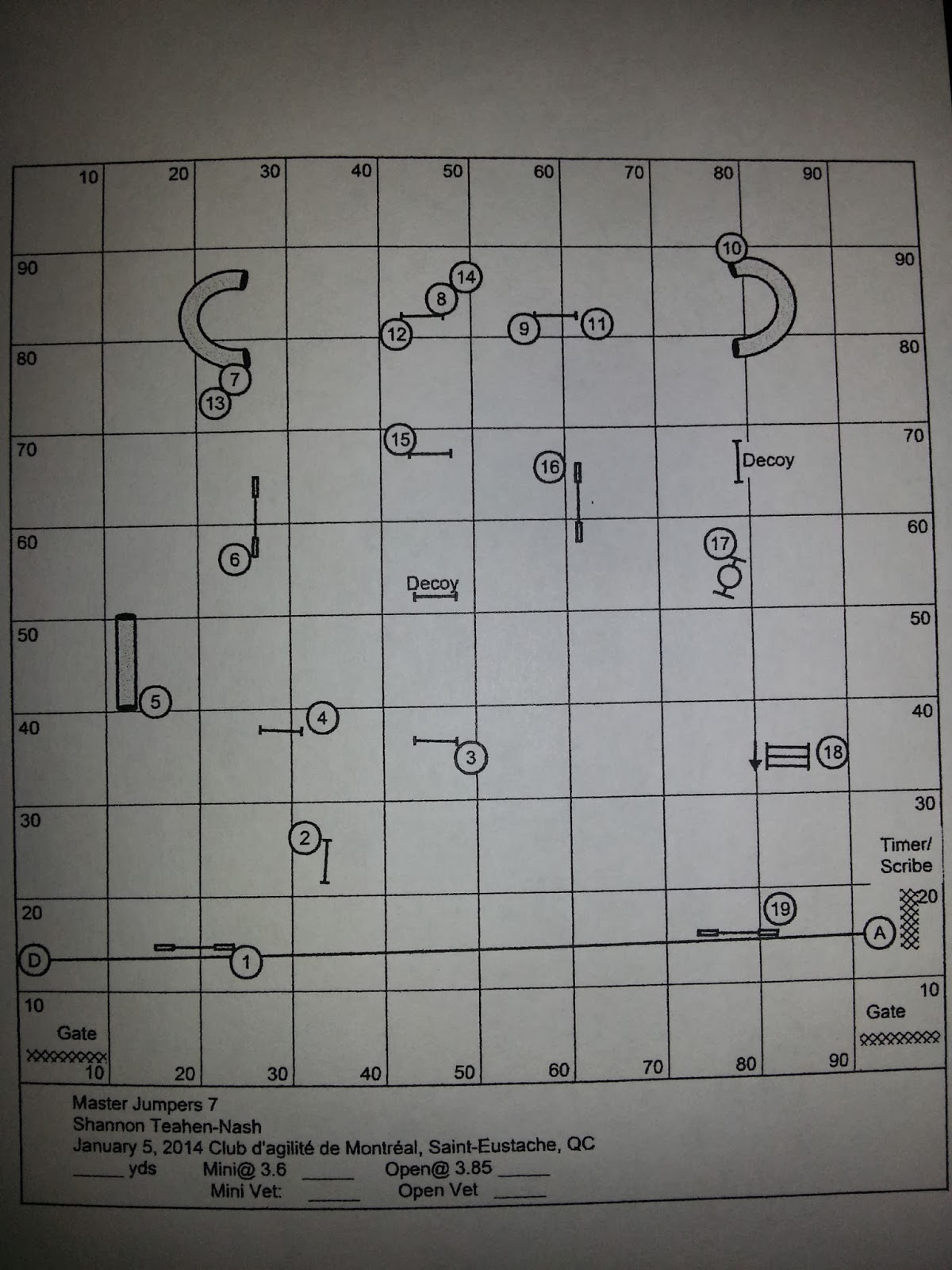 Both dogs absolutely destroyed the course - it was so bad I don't even want to talk about it. It was icky.

In the end we left with exactly what I wanted - Indie's AADC title. Now my trial planning will get a little easier. :)


Posted by CC at 8:00 AM
Labels: Club d'Agilité de Montréal