Today is the inaugural day of K9 Sports Fest. A dream come to fruition for a local dog enthusiast who’s kick @$$ work ethic has pulled off an awesome event.

There are so many different dog sports here it is unbelievable!

The boys were in Rally this morning, and agility mid-day.

Both boys needed one more Novice Rally Q to earn their Rally Novice titles. Both boys excelled despite crazy terriers in the next ring hunting for rats, and also the sheep in the pen over. Travis earned 3rd place with a 193, and Indie earned first place with a perfect 200! Beautiful new title ribbons from the host club Maple Myst and new letters after both names....CRNMCL. 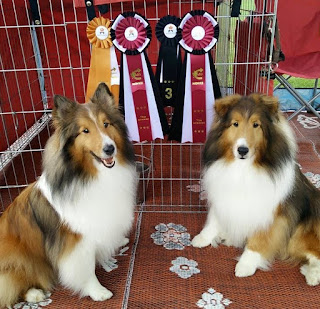 Over to agility where both boys were running in two jumpers, and Indie in the money steeplechase.

Indie’s run in steeplechase was one for the record books, but he turned and burned just a few obstacles from the end. Rather than fix the mistakes, I just let it go and celebrated a super fast effort.

More of the same for tomorrow.
Posted by CC at 9:27 PM No comments:

It wasn't the weekend (performance wise) that I hoped for. Our outdoor runs were  icky, because Indie was feeling icky. He did however kick @$$ running indoors on turf!

I don't normally play games, they stress me out. It likely stems from my inability to make decisions...I'd always rather run a numbered course.

Only the top four dogs (in a field of about 20) get placements in each Gambler and Snooker. With fingers crossed I waited for the results... 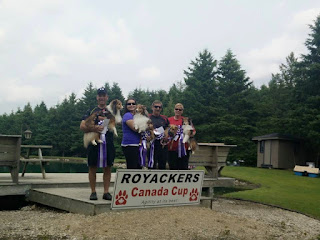 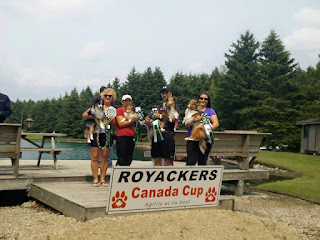 I couldn't be more proud of my little red dog.... 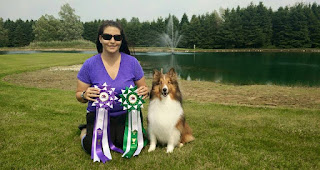 Some kick @$$ photos of Indie jumping his heart out. :) 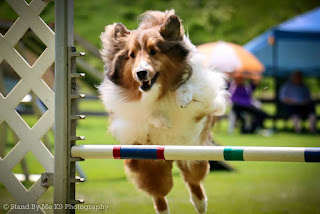 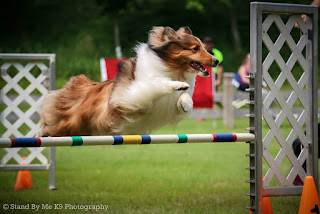