Surprise in the Mail

It has been almost a year, but Indie's ATChC plaque arrived. 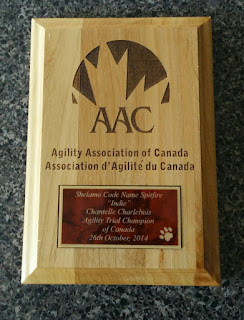 I am deep in to socializing Vixen. By all accounts, she is an outgoing little she-devil that fears nothing, but we are not taking any chances. Part of that adventure took us to a friends stable where she boards her horse.

First up, chickens. While the chickens are normally social, we suspect they hid in the coop because Vixen looks like a fox...well, to a chicken any way. She paced the coop, very focus and interested, but held herself together.

Next, we were off to meet Spyder! Vixen was a little tentative at first, but a 5 pound puppy up against a 1200 pound horse...well, I can't blame her. 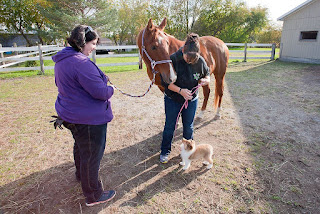 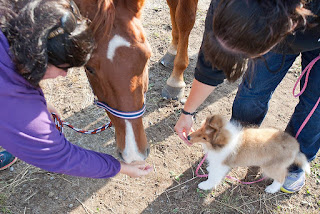 After a while, she became very brave and even jumped on for a ride. It was a great experience. 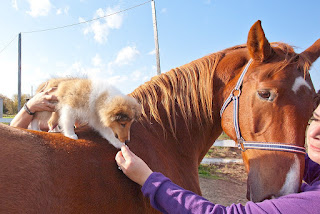