But I Don't Want To!

I appear to have lost my passion for competing in agility. I still go to classes, and I still train skills daily…but I don’t want to go to competitions.

I had a competition I was suppose to go to in early March, but didn’t end up going because “I wasn’t up for it”…I really wasn’t. Now, UKI East Spring Cup is this weekend…and I don’t really want to go.

Competing almost seems like a hassle now. The long drive. The packing and unpacking. The waiting…oh GOD the waiting! And it is suppose to be cold this weekend….with rain and drizzle, and snow. Ugh.

Competing use to be fun….but I don’t think it is anymore. I’m guessing in some way I have changed. Or did competition change?

Is this Travis induced? Or is it Indie? Am I worried about his physical health? Or maybe I feel like we have reached the top of our game and there isn’t anything left to…."prove"? Or is it just more of the "same old" and just really boring now.

Posted by CC at 12:22 PM No comments:
Labels: Mindless Rambling

Trying to not be consumed by grief is exhausting. I’m not doing it on purpose – I am not trying “to be strong” – I think it is just a by product of life continuing on.

Of course each day is filled with happy moments, there is no denying that. In fact, I love my life and everything in it; but there are also these moments of profound emptiness. Those moments sneak up on you and take your breath away.

My life has just lost the sparkle that was once on it. Travis was that sparkle.

I miss his barking in the car when we pull on to a gravel road (gravel roads always mean fun!)
I miss his obsession with eating snow.
I miss him standing on my chest when we he wakes me up in the morning because it is breakfast time and sleeping time is over.
I miss his little growl that he would do when he was really excited – he would sound like he was going to burst!
I miss seeing him drool for fresh cheese curds.
I miss that “look” he had when he was just enjoying existing.

That “look”…part of me wonders now if he knew…

It was sometimes a joke that Travis “wasn’t the brightest bulb in the box”. Now I wonder if he knew that there was more to life than knowing lots of tricks, or running really fast in agility….or even hitting all his contacts.

He would often just stop a gaze up at the sky, seemingly soaking in goodness of life. When he did this he always had a smile on his face. While I am embarrassed to admit it, I never saw Travis as a “dog”. People who met him, and took a moment to look at him - truly look at him - always said he was an “old soul”. I think means something different to everyone – all depending on your personal beliefs – but for me it meant he had lessons to teach.

I am not sure what his lesson for me was, but I am thinking it may have been a very simple one…life is short, enjoy every moment. In essence, be more like Travis. Right now, I am angry if that is lesson I am being taught. I think his death is tragic because it was cut so short. He wasn’t an old dog who died from age related disease. He was a young dog taken from this earth far too early – he deserved to live.

I bear no guilt from his death – from “catching it” too late. He was physically strong, ate good food, went to the vet regularly, was smart and well trained, and was always groomed to the 9’s. He was taken care of as well as I could have taken care of any dog – and still he was snatched from me.

I know death is part of life, and I am well aware that our animal’s lives are so much shorter than our own. I’m prepared for the death of an old animal – that is the circle of life. I will be sad when my old animals pass away. I am however angry that my young animal died. 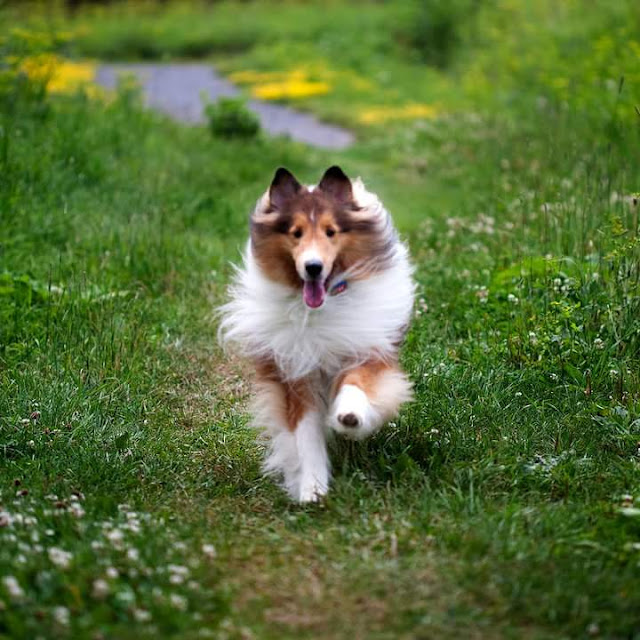